Humans are born with an inbuilt desire for success in every stage of their lives. And in this world, there is a competition going on everywhere, whether it’s kindergartens or high schools, universities or working organizations and business alike. People are busy accomplishing more and more and after gaining ultimate success, they work to massive success and there is no end to it. In this highly competitive world, if we face any bump or incompatible experience, we seem to lose passion and confidence that take us to our goals. To regain the encouragement and motivation to go on, one looks for inspirational personalities of the time to revive their zeal. Therefore, we are here to bring a few stirring and ideal stories that would help you retain your passion to achieve your destiny. Let’s check out

The woman went through colossal damages in her life. Following the death of her mother, her relationship with her father also soared.  In one year of marriage, she filed restraining orders for her husband and went into severe depression. She was a single mother, without a job. It was only the welfare benefits she and her five months old girl was living on. The clinical depression took her on the brink of suicide. She deemed herself as a total failure in her personal and professional life. But she didn’t give in. Amid depression, poverty and fear, she started writing her first novel and in just five years, her book turned out to earn several awards and its copyrights were sold to one of the biggest production houses of Hollywood. In a decade’s time, J.K Rowling became a billionaire, and she is the first woman writer holding this position. So what was it that took her from the verge of suicide and became what she is today? It’s her rock bottom that worked as a foundation of success for her. She rebuilt her life on the pile of failures. She let go of the negative beliefs of society and worked on the only thing that mattered to her. She believed in her big idea and old typewriter and continued to accomplish which very few people managed to do so. She didn’t indulge in self-pity and owned her mistakes and responsibilities. As she had nothing to lose, nothing to fear. It made her brave and fuelled her fire.

Alyssa Nobriga is leading the consciousness and coaching industry. Dedicated to women empowerment, she is an entrepreneur and a personal and professional coach who is providing transformational services for the last two decades. A psychotherapist who helps people having a more meaningful and fulfilling life, to find their purpose in life and reach their goals.

That doesn’t mean she never struggled in her own life. Just less than a decade back, the woman lacked the confidence to be self-sufficient and find herself inadequate in the professional world. Her big change came when she changed her relationship with money and looked for a more conscious and liberating experience in life. She found her sense of completion not in wealth and fame but in helping people in the most soulful way. Her spirituality ranked her number one on Forbes.

One of the most popularized and revolutionized figures in Hollywood, Oprah Winfrey went through a traumatic childhood and teenage. Born in a poor family, Oprah started with humble beginnings. The thing that transformed her life and validated her existence is the autobiography of Maya Angelo, Why the Caged Bird Sings. This helped her to restart her education and her amazing speaking skills took her to the White House Conference on Youth in 1971. It paved her way in the field of Journalism and at the age of just 18, she created her career in media and became one of the most influential personalities of her time.

These women and thousands like them paved their way to success with determination, focus, and persistence. No matter what they went through, they never gave up. They had their humble beginnings, many times as they can count but with persistence, they achieved their goals and turned their dreams into reality. 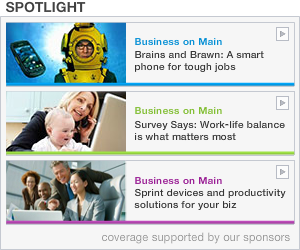